The heat-conducting paste business is a very profitable one, it was, is and will probably remain so. But what does the K-value, which PR likes so much, really mean? We'll calculate what temperature gains or losses you can or must really expect.

Today I happened to come across another review of a thermal compound, which I was amazed to read and almost lost my eyes. Sure, whoever receives a test pattern in the social medium should find it nice if possible (at least that’s what the PR company hopes), but at least the tester shouldn’t get caught beautifying and find temperature differences that are theoretically never possible in life. You can easily calculate these differences. You don’t believe that? Yes, it is even relatively simple, once you know how… 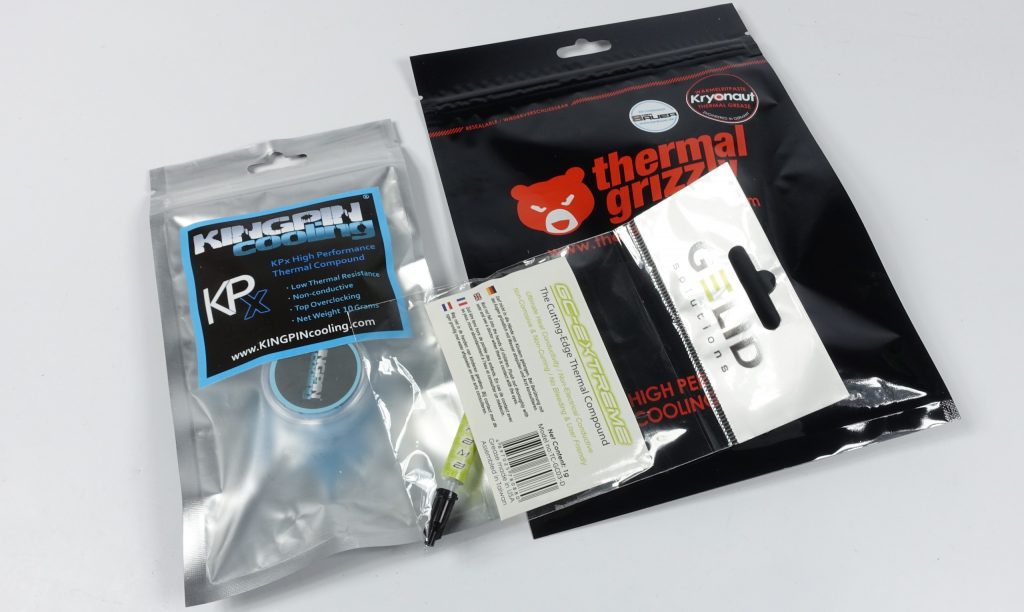 Don’t worry, it’s not a boring school lesson, on the contrary. But I can’t spare you some math and physics. And that’s a good thing, because in the future everyone will be able to calculate for themselves what they need or think they need or where they still have to work on their own application skills. With this I would have elegantly spoiled the sequel, which of course will come as well. But back to the paste, because there is still a lot of need for clarification! Also with regard to graphics cards, because there are quite different laws.

What a heat conduction paste has to solve and what not

There are no really smooth surfaces, even if at first glance they might still look like them. Want to see a cool, unused CPU? I have something from AMD, so please be brave. Under the microscope I see something like that:

But also the Intel fanboys have no reason to laugh gloatingly now, because such a Core i9 doesn’t look any better under the microscope. Different heatspreader, same problem. But look for yourself:

Well, and the coolers… The one on the next picture is the strongly magnified copper bottom of a supposedly smooth cold plate. Beside the tool traces, which were already created during grinding in the factory, we can see the light remains of the first thermal compound, which have crawled exactly where they cannot be easily removed with a normal cloth. That’s why suitable solvents are always the first citizens’ duty when it comes to cleaning. Isopropanol is a good champion against the residual paste collapse. What good is the best paste if the old paste sticks even more firmly in the cracks than many politicians on their chairs?

If you now bring two such surfaces together, i.e. the CPU heatsink and the cooler heatsink, then the thermal compound must fill in all unevenness and air gaps and thus also completely exclude the air, which is an almost perfect insulator. The result is a composite of a total of three materials, in which the thermal compound must now be of more interest to us. Because two things are of primary importance here: the thickness of the layer and its thermal conductivity or, conversely, its thermal resistance. The former air layer between the CPU heat spreader (dark grey) and the copper base (reddish) is completely filled by the paste (light grey):

In addition to the grinding marks and unevenness of the material, the shape of the heatspreader also plays a role. The manufacturing processes are somewhat different, but so is the curvature. The scheme below shows (somewhat exaggerated) why it is not possible to do without thermal grease and why the processors of both manufacturers also require some thought when applying. Superfluous paste will be a bit easier to leak from the AMD processor than from the Intel processor, which leads to a thicker layer more quickly. And what that leads to, we’ll discuss in a moment.

Graphics cards deviate here slightly, because the chip is uncovered. The most important thing is to fill the possible gaps between the very straight and smooth die and the cooler bottom. Except for the known problems with curved bottoms of the Vapor Chambers, you can (and must) work with much smaller layer thicknesses here.

I will exclude the liquid metal fraction anyway, because the whole thing is subject to the same laws, but almost approaches the ideal due to the metallic compound. If you still want to calculate later, you can still do this (and then indicate with the result). And if I am honest, a good paste together with good skills of the user can still achieve results that are not bad. How to do it. But for that I have the follow-up already promised above.

No one can reinvent physics and bring groundbreaking products to market that promise extreme differences. Sure, something better is always possible, but at the moment we have reached the limits where conventional pastes can hardly be improved significantly. The pastes are now really good if you don’t resort to an absolute discontinuation or budget product. Thermal pastes are typically characterised by their thermal conductivity in the form of watts per metre Kelvin (W/(m*K)). Celsius and Kelvin are to be equated here, since it concerns alone the growth rate of the temperatures and here the rise and/or fall of the temperature is indicated. I will explain this information and why it is composed like this.

Exactly this “K”-value of the thermal conductivity was discovered by the marketing some time ago and drives the helpless little K as a compliant sow through the village. Because the higher the value on the box, the more expensive the contents can be brought then also to the man (or the woman or it). Now, of course, it is not the case that the “K” value is completely insignificant, but we want to recalculate right away which difference is really still noticeable and where the snake oil wellness begins. Whereby it is not even sure that the printed values are correct at all. You can hardly check it anyway, especially since even the manufacturer sometimes doesn’t know what he actually printed on it. Well, units are not so important, the main thing is that the number pays off.

Skills versus snake oil? Not quite, but we will see on the next page that mathematics can even be fun. So I’m going to stall you with the formula stick, but you’ll have to jump over it yourself. But it will be.

NVMe SSDs in practical tests: What is the real advantage of PCIe 4.0 compared to 3.0 and is it worth the extra cost?

EarFun Air Review: In-Ears for just over 60 Euros in a practical test and a not so surprising finding

Editor-in-chief and name-giver of igor'sLAB as the content successor of Tom's Hardware Germany, whose license was returned in June 2019 in order to better meet the qualitative demands of web content and challenges of new media such as YouTube with its own channel.

Computer nerd since 1983, audio freak since 1979 and pretty much open to anything with a plug or battery for over 50 years.